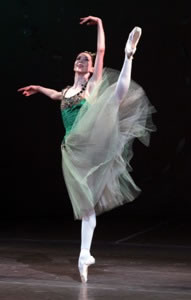 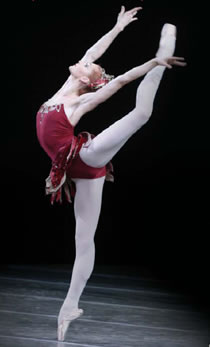 
George Balanchine’s three-act Jewels* is a masterpiece of twentieth-century ballet, inspired by the brilliance and colour of three different gemstones.

"Some of the most beautiful classical fireworks ever."  The Guardian


The excitement, colour and wit of Cervantes' masterpiece are brilliantly conveyed in this sparkling production of Don Quixote. In astounding displays of virtuoso dancing, the plot unfolds merrily as the love between Kitri and Basil is challenged by the fruitless attempts of Kitri's father to engineer his unwilling daughter into a more lucrative match.

Drama, comedy, love and dazzling choreography sparkle in an exquisite blend of exuberance and bravura.

"...A dance-packed feast of broad humour… easygoing romance and a touch of fantasy...
[this] Russian classic is hard to resist." The Times